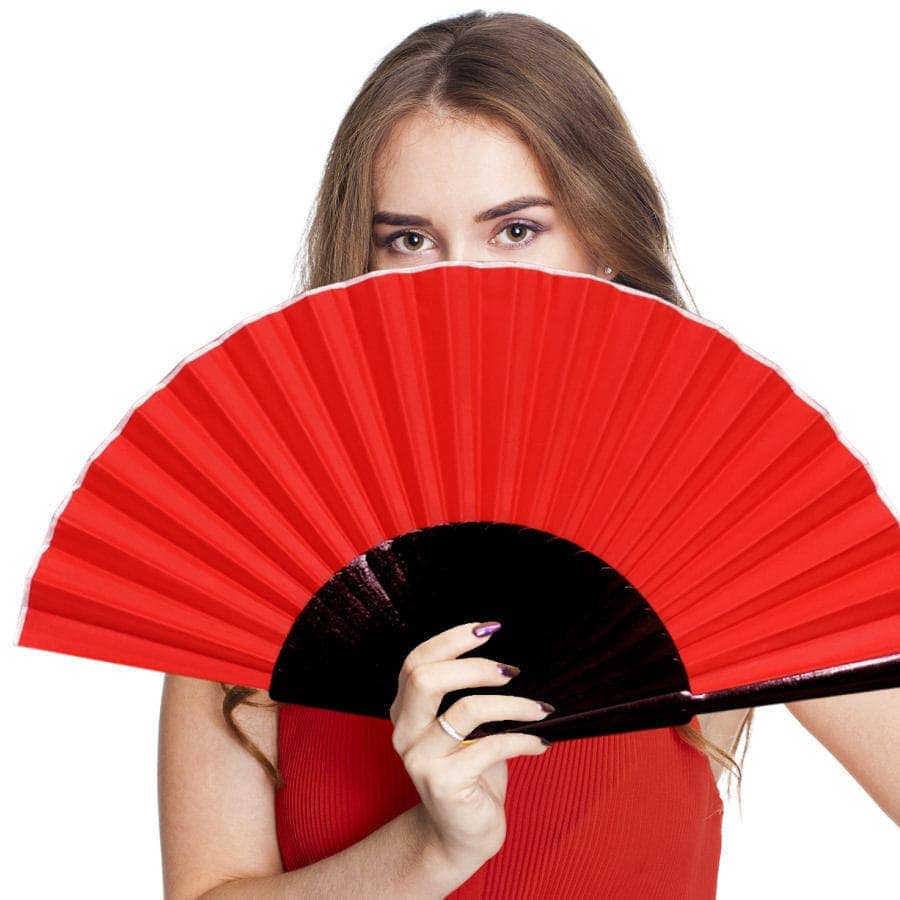 believed that hand fans were introduced to Spain by the people of North Africa in the 14th century. The travelers brought fans to give a sense of mystery and privacy to their women. Above all, the fans provided relief from the Summer heat in Spain. As an expensive item, the fans were initially used mostly by upper-class women. Over time, the use of fans spread, and dancers began using them in their performances. Spanish hand fans were also believed to have a “Secret Language” to convey messages. Young ladies would attend events with a female chaperone to watch over them. The girls found a way to interact with admirers using their hand fans. Using different fan gestures, they would avoid the attention of their chaperone!

In Spain, fans are still used and play an essential role in the culture and dance, as well as relief from the intense summer heat. Hand fans are also popping up in all types of stage performances. Choreographers are using fans to create emotion in all styles of dance including: ballet, tap, ballroom, opera, fusion, belly dance and flamenco.

Spain is presently one of the few European countries that still manufactures Spanish hand fans.

Add some elegance to your next special event with one of our authentic Spanish fans!